Take a few minutes to get acquainted with the physicians of Pediatric Care, Inc. 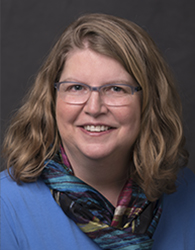 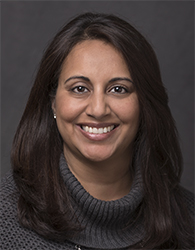 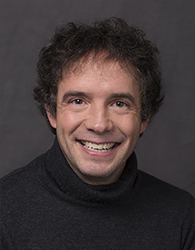 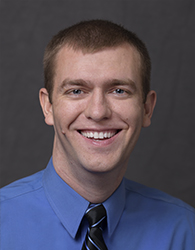 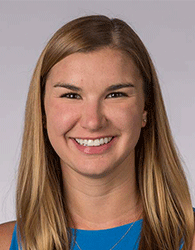 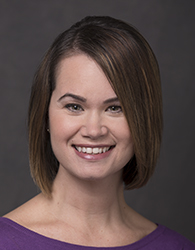 Marcie Strasser, M.D.
Dr. Strasser is an East Coast native who attended State University New York Downstate Medical Center. She completed her pediatric residency at Cincinnati Children’s Hospital Medical Center and has been at Pediatric Care since 1991. She is board-certified in pediatrics and is interested in behavior and temperament issues. One thing she likes to remind parents is that time and sleep are often the best medicines.

Dr. Strasser and her husband, also a pediatrician, have two sons. She is a 2nd degree black belt in Tae Kwon Do. She is interested in nutrition and likes to relax by gardening, doing crafts, cooking and running. As a mom and pediatrician, she’s developed a skill that’s particularly useful: she says she can fix any toy with a hot glue gun and duct tape.

Madhavi Delsignore, M.D.
Dr. Del grew up with a large extended family and has always enjoyed being around kids. After graduating from Sycamore High School, she entered the BS/MD accelerated program at Northeast Ohio Medical University, then completed her pediatric residency at Ohio State University’s Nationwide Children’s Hospital. Dr. Del joined Pediatric Care in 1998 and is board-certified in pediatrics. She is interested in behavioral medicine, including ADD and anxiety, as well as allergies and asthma.

Dr. Del says the best advice she ever received about working with kids is “Listen to them!” By doing that, she finds that their unique personalities keep her job interesting, and besides that, they’re often very funny. In her spare time, she enjoys watching her beloved Ohio State Buckeyes and volunteering with her local chapter of Kindervelt. She and her husband have three children.

Patrick Hein, M.D.
Dr. Hein is a Cincinnati native and graduate of St. Xavier HS. He earned his undergraduate degree from University of Michigan before going to medical school at Ohio State University. He completed his pediatric residency at Nationwide Children’s Hospital in Columbus and joined Pediatric Care in 2005. He is board-certified in pediatrics. He has an interest in autism spectrum disorders.

Dr. Hein and his wife, also a pediatrician, have three children. He enjoys running, music, and playing guitar.

Michael Partusch, M.D.
Dr. Partusch graduated from St. Xavier HS before earning his undergraduate degree at Case Western Reserve University. He graduated from medical school at Wright State University and completed his pediatric residency at Dayton Children’s Hospital, where he was Chief Resident from 2012 to 2013. Dr. Partusch is board-certified in pediatrics and has an interest in antibiotic stewardship and immunizations.

Dr. Partusch believes it’s important to see each patient as a unique individual, and feels privileged to guide parents through the adventure of raising children. He and his wife have two sons. In his free time he plays soccer and ultimate Frisbee and enjoys reading and spending time with family.

Antonia Kopp, M.D.
Dr. Kopp is a native of the Cleveland, Ohio area. She fell in love with Cincinnati while completing her medical degree. She completed her residency in Pediatrics at Nationwide Children’s Hospital in Columbus. She is excited to be back in Cincinnati!

Dr. Kopp and her husband love to travel and enjoy exploring Cincinnati’s restaurants and parks.

In her medical practice, she has a passion for child advocacy and nutrition.

Amy Valerius, R.N., CPNP
Amy knew from age 3 that she wanted to be a nurse. As a young child she was encouraged by her best friend’s mom and inspired by her pediatrician’s office to pursue a career in nursing.

A West Chester native and Mt. Notre Dame High School graduate, Amy received her bachelor’s of nursing at Ohio State University. She worked at Good Samaritan Hospital and Cincinnati Children’s Hospital Medical Center before completing her Master’s degree at the University of Cincinnati. She became a board-certified nurse practitioner in 2002 and joined Pediatric Care soon after. Her professional interests include childhood obesity and nutrition.

Amy enjoys working with her young patients and says they make her laugh every day. She has found that kids are much more resilient than adults. Amy resides in Mason with her husband and their two sons. She likes to stay active, participating in Zumba, kick boxing and dance. She also enjoys hiking, reading and cooking.

Mark S. Dine, M.D. (Retired)
Dr. Dine, a Cincinnati native, completed his undergraduate and medical school education at the University of Cincinnati. He interned at the University of Iowa Hospital and completed his pediatric residency at Cincinnati Children’s Hospital Medical Center. Following residency he served as an Air Force pediatrician at Lackland Air Force Base. After his military service ended, he returned to Cincinnati with his family to found the practice which would become Pediatric Care, Inc.

Dr. Dine is board-certified in pediatrics and has been active in several professional groups. He is a past president of Cincinnati Children’s Hospital medical staff. He has a passion for research and has been a recipient of the Practitioner Research Award from the Academy of Pediatrics. Dr. Dine retired in December of 2015, after 60 years of practice.

Daniel L. Friedberg, M.D. (Retired)
Dr. Friedberg earned his undergraduate degree from West Virginia University. He interned at Jackson Memorial Hospital in Miami, FL before joining the US Air Force as a medical officer at Edwards Air Force Base, CA. After completing his pediatric residency at Cincinnati Children’s Hospital Medical Center, he joined Dr. Dine in practice at Pediatric Care. Dr. Friedberg is a past president of CCHMC medical staff. He is board certified in pediatrics. He has consulted at Shriner’s Burn Hospital for Children in Cincinnati. He and his wife have three children and several grandchildren. His hobbies include horseback riding, golf, tennis and reading. Dr. Friedberg retired in June of 2013.

Margaret “Peg” Hallman, R.N., CPNP(Retired)
Peg is a third-generation nurse who has been part of the Pediatric Care team since 1974. She completed her Bachelor’s degree in nursing at Penn State University, where she was a member of the Sigma Tau Honor Society. She worked at Cincinnati Children’s Hospital Medical Center before joining Pediatric Care as a staff nurse and then practice manager. After completing her Master’s Degree in nursing at the University of Cincinnati in 1999, Peg became Pediatric Care’s first board-certified nurse practitioner. She is a member of the Ohio Association of Advanced Practice Nurses.

Peg has always loved being around children, and says working with kids keeps her feeling young and grounded. She enjoys spending time with her husband, children and seven grandchildren. Peg is an elder in her church and also sings in the choir. In addition, she enjoys card-making, crafts and reading. Peg retired in August of 2021.